Warning Signs: Identifying School Shooters Before They Strike — Now available as an audiobook 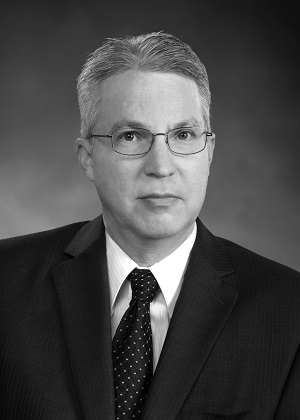 Peter Langman, Ph.D., is a sought-after expert on the psychology of school shooters and other perpetrators of mass violence. He conducts trainings on understanding the psychology of school shooters and identifying potential school shooters for professionals in mental health, education, and law enforcement. He has spoken on preventing school shootings at the FBI National Academy in Quantico, VA, and been hired by Homeland Security to train professionals in school safety. He is also a researcher with the National Threat Assessment Center of the United States Secret Service. In 2018 he was invited by the Department of Homeland Security to participate in the National School Security Roundtable. Though his primary focus is school shooters, he has spoken at FBI Headquarters on white supremacist homegrown violent extremists and at the National Counterterrorism Center on American jihadis.

Dr. Langman served on Pennsylvania’s Joint State Government Commission’s Advisory Committee on Violence Prevention. In the wake of the Sandy Hook attack, his recommendations on preventing school shootings were presented by the CEO of the American Psychological Association to President Obama. His research on school shooters has been cited in congressional testimony on Capitol Hill.

Dr. Langman has been interviewed over five hundred times by media outlets in the United States, Canada, Europe, Australia, South America, Asia, and the Middle East. He has appeared on Today, 20/20, Nightline, CNN, MSNBC, NPR, Fox, and the BBC. His research on school shooters has been featured in articles carried by The New York Times, Newsweek, Time Magazine, The Washington Post, The Los Angeles Times, The Boston Globe, Forbes, USA Today, Christian Science Monitor, Yahoo! News, and thousands of other news outlets.

In 2008, Dr. Langman received the Psychology in the Media Award from the Pennsylvania Psychological Association for his work on educating the public about school shooters and school safety. In 2012, he was given the Sally K. Lenhardt Professional Leadership Award by Lesley University for his research and work on preventing school shootings. In 2016, he was the recipient of the Innovation in Research and Publication Award from the National Behavioral Intervention Team Association for his article “Multi-Victim School Shootings in the United States: A 50-Year Review.”  In 2019, he received the Distinguished Contributions to School Psychology Award, and in 2020 he was honored with the Public Service Award—both from the Pennsylvania Psychological Association.

In addition to his research on school shootings, Dr. Langman served ten years as president of the Greater Lehigh Valley chapter of the American Foundation for Suicide Prevention (AFSP) and served three years on the board of the Lehigh Valley chapter of the National Alliance on Mental Illness (NAMI). He serves on the advisory board of the National Association of Behavioral Intervention and Threat Assessment (NABITA).

In 2020, he became the Director of Research and School Safety Training at Drift Net Securities.